On Christmas Day 2021, SwiftPaws® was given the opportunity to show off the latest version of its lure controller at ESPN’s American’s Fastest Dog Competition.

In business for the past decade, SwiftPaws® (www.swiftpaws.com) holds the patent for lure coursing equipment and is currently the only professional manufacturer in the industry.

The competition took place at the ESPN Wide World of Sports Complex at Walt Disney World Resort in Lake Buena Vista, Florida. Three-year-old Reas, a Whippet (a medium-sized breed of English origin descended from the Greyhound), raced the 100-yard dash in 5.669 seconds, with an average speed of 35.36 mph, according to disneysportsnews.com, in order to capture the coveted canine title.

Indeed, “capturing” is the key to winning the competition. In order to be the fastest, canines chase a lure.  Dogs are visually stimulated, and the lure, which they believe to be a rabbit or squirrel, is actually a white plastic bag attached to a string. The lure can travel at speeds of up to 60 mph via a system of pulleys, using a remote control.

“The pulley system and controller are what set us apart from what’s been around,” explained Meghan Wolfgram, CEO and Founder of SwiftPaws®.

The controller uses a trigger mechanism similar to that of a power tool, can be set to various speeds, and can also reverse.

Speed control of the lure is vital to ensuring fairness and equity during such canine speed competitions especially due to various breeds competing against one another. This allows the human controller of the lure to take into account a canine’s personal preferences and idiosyncrasies during competition.

Ms. Wolfgram of Melbourne, Florida, is a canine aficionado, who wanted to design and mass-produce lure equipment not only for use during competition but to also provide dog lovers everywhere with options for exercising their beloved “best friends” wherever they live and play. From that desire came the creation of SwiftPaws’® products, including the SwiftPaws® Pro Alpha, for competitive use, and SwiftPaws® Home, for indoor and outdoor use.

One week before the competition, Ms. Wolfgram received a call from ESPN asking if she’d like to be interviewed at the event. The next thing she did was call Catania Enterprises. She had a makeshift controller to work the lure equipment which worked but she did not think it looked professional enough to represent her brand.

With only a week to go from concept to prototype, Catania Enterprises had to work quickly and also accurately. There would be no time for second chances. They had to get the controller housing designed correctly the first time around. Because SwiftPaws® and Catania Enterprises are located in Brevard County, Florida, both companies were able to work together in person to make Ms. Wolfgram’s dream a reality. Hand measurements were carefully taken to ensure accuracy, and a housing was created, taking into account previous internal designs that Catania Enterprises had not created themselves. Before one week, the prototype was delivered. Ms. Wolfgram was happy with the results, so much so, that Catania Enterprises has done two additional designs then started mass producing the controllers. 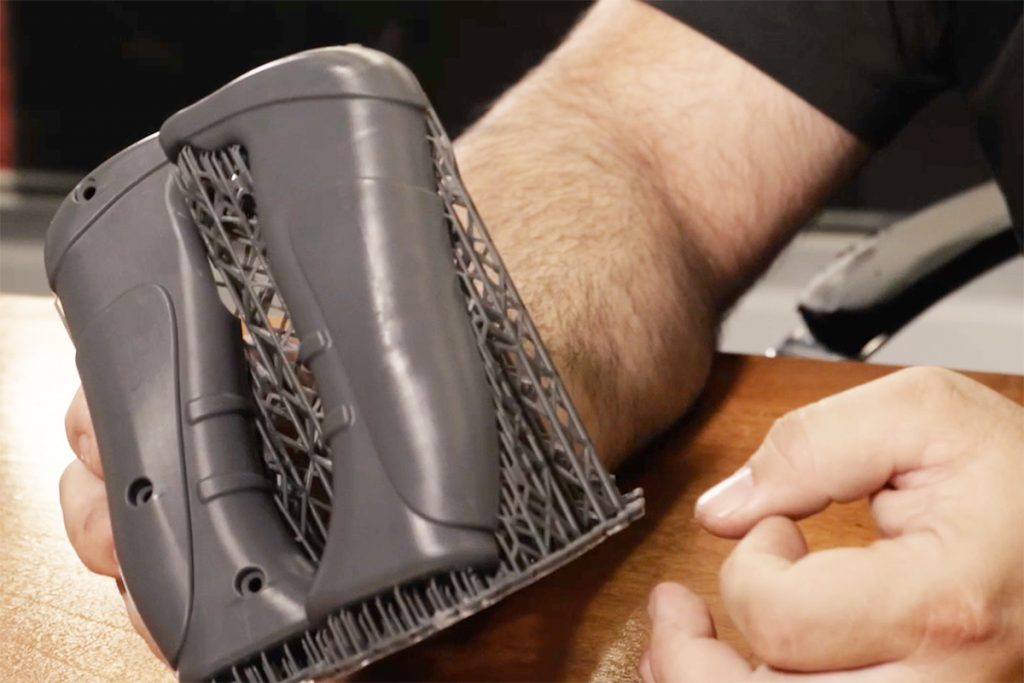 Catania Enterprises focuses on mass producing their designs, taking pride in creating “user-centric” products, such as handles or controllers, focusing on aesthetically pleasing designs, as well as ergonomically designed ones.

“They made a miracle happen,” said Ms. Wolfgram of the prototype controller.

To this day, she still receives telephone calls and emails about the ESPN interview and requests on how to purchase SwiftPaws® products.

“We have clubs all over the country that use our equipment,” added Ms. Wolfgram. “We aspire to be the Nike of dog sports.”

Even though they love to travel, Ray Catania, CTO, and his Stefanie Catania, CEO, realize that Brevard County is still home.

“We take a lot of pride in the companies here. There is a lot of talent in the area,” said Ray Catania.

We have loved being a part of the Groundswell Startups community and are happy to see such a great article summarizing the hard work and fantastic resources available in one area.

As Groundswell COO Jarin Eisenberg states: “We see Groundswell Startups as being a catalyst for change. We have created a space where people can take risks, pursue their dreams, and do it within a community of incredibly talented individuals who are willing to step in and help. They are deeply invested in each other’s success.”

“Everything you need to get your business started can be found through the connections made at Groundswell,” said Stefanie Catania, CEO/CFO of Catania Enterprises.

Let Groundswell Startups help you successfully launch your new product – everything you need from design, to rapid prototyping, small-run manufacturing, to ecommerce expertise, it is all right under our roof.